PVE Mode: Challenge the BOSS in the dungeons

DRONE WARFARE: Choose from different awesome drones to help you win the fight!

CAPSULE: Collect CAPSULEs that are full of rare items and awesome weapons! 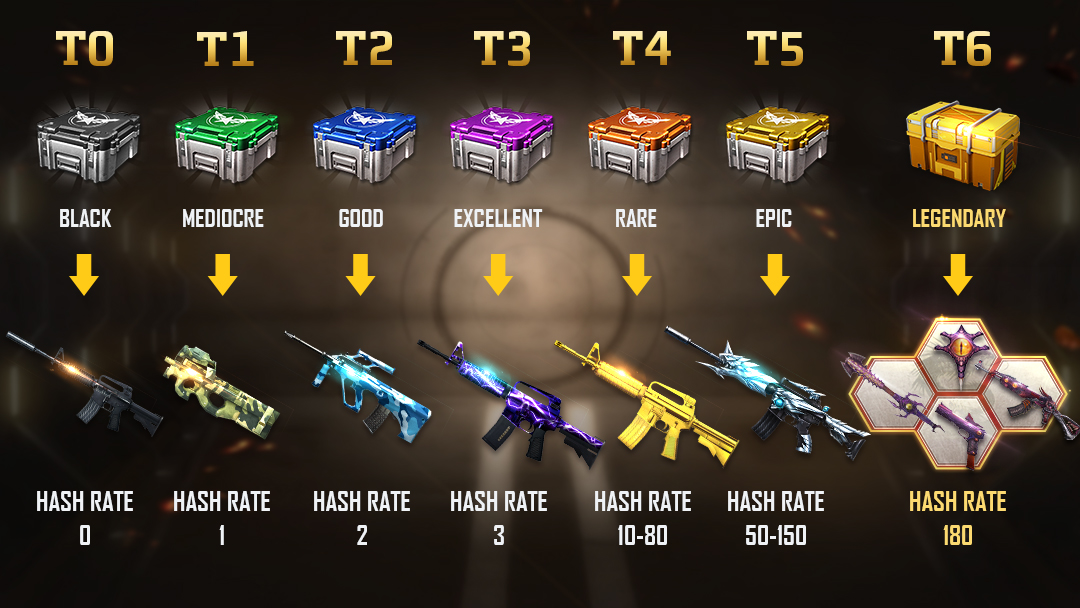 Your NFT will be automatically staked and start mining after you unlock it. Around 70 $KBOX will be assigned to each hash rate Per Day during the Genesis Period at the total amount of 300 Million $KBOX. 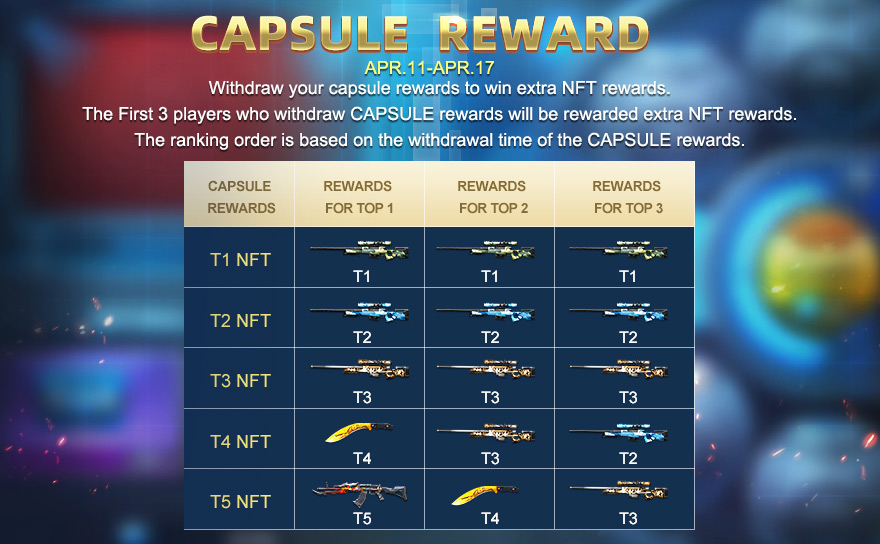 EVENT CENTER - CAPSULE REWARD: The First 3 players who withdraw rewards obtained from the CAPSULE will win extra NFT rewards. The ranking order is based on the withdrawal time of the CAPSULE rewards.

For example, if you obtain one T5 weapon from the CAPSULE, and you are the first one to withdraw it into your bsc address, then you will be rewarded one free T5 NFT as an additional reward. Jump into the action now!

Every player will be able to claim one SIG552(T0 NFT Weapon) once they reach LV.30 in the game. 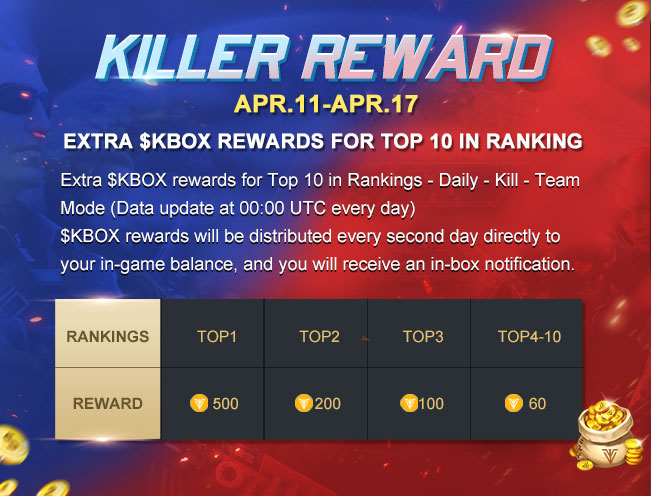 $KBOX rewards will be distributed every second day directly to your in-game balance, and you will receive an in-box notification.

If the total kill of different players are the same, the system will apply the policy of "First-come, first-served".